He talks dirty to me, but I don’t know his name.

He wants to tie me up, but I don’t know his face.

He turns me on, but I couldn’t point him out in a crowd.

I’ve fallen for an anonymous stranger, and tonight the anonymity ends. Tonight I want more than typed secrets and texted promises. I want something reckless. Heat. Passion. The thrill of being entirely possessed.

Because I suspect this anonymous stranger isn’t a stranger at all.

Lizzy Thompson met riverrat69 online through Something Real, a service promising to deliver meaningful relationships by forbidding its users to share names or photos until they’ve reached a certain benchmark. She was looking for love. He was researching an investment. They hit it off. Talked and flirted, hid behind screen names and cartoon avatars.

Now they’re breaking the rules and meeting in person. But Liz is prepared. She’s picked up hints and followed clues.

She wonders if her ex-lover Sam Bradshaw knows her identity too.

When she rolls the dice on one reckless night, her chance at something real could crumble.

WOW! Put your seat belt on ladies, you’re about to be in for a wild ride! This book was so much more that I expected. Reading the summary and even starting the book, it seems like a cut and dry story….girl has loved her friends’ older brother for years, he’s rebuffed her, but now she’s turning his head……BUT – this book is so much more than a simple story.

There are twists and turns in this book that absolutely blew my mind! I didn’t see most of them coming. Even now, I’m still kind of shocked – in a really good way! Part romance, part erotica, part political stunner, this book is a little bit of everything. I liked Sam and Lizzy’s story and I was so intrigued by the supporting cast of characters. There are a lot of them and they’re a really beautiful and sketchy crew. I will say there are times I wanted to grab Sam or Liz or both of them and just shake them! If they would only talk to one another, some of the drama could be avoided and that annoys me. But, really, isn’t the back and forth/will they or won’t they the point of the whole thing?

I had to sit down and make a bunch of notes for myself so that I’m primed and ready to jump into the next story when it releases in March. This was my first book by Lexi Ryan, but it definitely won’t be my last!

Excerpt from Something Reckless

“You look amazing in this dress. I’ve been pretending all night that there’s something I want to do more than get you out of it.”

“What would you do with me if you got so lucky?”

“I’d keep you up all night, for starters.” He slides a hand into my hair and traces the side of my neck with his thumb. His groan rumbles through me. “Tell me what you came here for.”

His nostrils flare and his breathing goes thready. “I think I’m going to have to up my game, because now I want to see it.”

I have to bite back a smile. “Good,” I say. My heart thumps out a beat, probably Morse code for please and thank you.

I lift my chin and prop my hands on my hips. “Seriously? That’s all the seduction I get? Let me see it?”

He steps closer until I have to crane my neck to look at him, and holy hell he smells good. “What game are we playing here, Rowdy?” he murmurs against my ear. “Is this the one where we pretend we don’t want each other and sleep alone . . .” His fingers skim down my shoulder and my eyes float closed. “Or is it the one where I make you come so hard you scream my name and tomorrow you act like you want nothing to do with me?”

“Tell me you aren’t going to run away in the morning. Promise me you won’t shut me out again.”

I don’t know what that means, and I’m too scared to analyze it. My eyes are still closed when he takes my chin in his fingers and tilts my face up to his, still closed when he brushes his lips over mine and when I open under him because I’m helpless to this man’s kiss.

“Promise me,” he repeats.

“I won’t run away.” Then I unzip my dress and let it fall to the floor in a puddle, and my boldness is rewarded. Sam’s lips part and his breath escapes him in a rush.

He steps back and takes me in. The bra is strapless, black lace demi-cups that lift my breasts until they threaten to spill out. The panties—what there is of them—are a thong in matching black lace. Their fine lace straps sit in a sharp V high on my hipbones.

A ringlet of hair escaped my up-do, and he takes it between his fingers and twirls it around. I deserve a medal for not melting right here at his feet.

He hooks his index finger under the black bow between my bra cups. “Did you wear this for me?” His voice is a husky whisper that I can’t deny.

His fingers skim my belly, trace over my hip, following the lace of my thong behind me to where the straps meet at the small of my back. My breath catches as he takes the fabric path over the curve of my tailbone and down, his fingers bringing every nerve ending to life as they pass. Electric pleasure whips through me.

FREE introductory novella to the SOMETHING RECKLESS

“You need a good guy. A long-term guy. One who does dates and romance and emotional strings…I’m just an asshole who wants to tie you up, make you come, and walk away.”

Samuel Bradshaw is a man with a reputation—the kind of reputation that should have me running the other way. Instead, it has me searching for the shortest distance to his bed. I won’t be the starry-eyed girl who thinks she can change a man like Sam, and despite what he thinks, forever is not what I need. I need the things he makes me feel, the way he turns me on, and the promise of pleasure in his eyes. This promises to be SOMETHING WILD.

New York Times and USA Today bestselling romance author Lexi Ryan’s novels have been described as intense, emotional, and wickedly sexy. A former college professor, she now writes full-time from her home in Indiana, where she lives with her husband, two children, and a neurotic dog. Find her on Facebook or Twitter to chat about books, TV, and her children’s latest antics.

When Tucker Branch, playboy heir to Branch Bolt and Screw, screws and bolts a week before their wedding, Mia Devine wants nothing more than to crawl under her newly monogrammed sheets and plan a funeral for her dignity. But her friends convince her that bitter tastes better when it’s drowned in Bordeaux, so Mia grits her teeth and packs her bags, determined to make the best of her luxurious Paris honeymoon—alone.

The easygoing bartender’s scruffy good looks and less-than-sympathetic ear annoy her at first, but when she takes him up on his offer to show her around the city, she discovers that the romance of Paris isn’t just a myth.

Nor is the simultaneous O.

The last thing Mia needs is another doomed love affair, but since she only has a week, she figures she might as well enjoy la vie en O with Lucas while she can. But each day—and night—with Lucas is better than the last, and suddenly her heart is telling her this is more than a rebound fling.

Is it just the seduction of Paris…or could this be the real thing?

Mia is a list maker (I can relate). She’s a planner. Everything in her life is orderly, picture perfect. She’s an event planner and approaches her life with the same precision and detail that executes flawless events. So, being left at the alter is a serious blow her perfectly penciled existence. Her best friends convince her to take the honeymoon trip to Paris solo. Against her better judgement, she escapes to Paris.

Mia collides with Lucas and he sets out to convince her to stay in Paris, embrace the experience and enjoy herself. What comes next is a whirlwind tour of Paris and a love story that will make your heart beat fast and your toes curl! I suddenly have urges to plan a trip to Paris….

After Mia and Lucas’ story, comes Coco and Nick’s story. Each book is a standalone, but if you read Frenched NOW, you’ll be ready for Forked which just released!

FOR A LIMITED TIME – Buy Frenched, Novella Yanked and Forked as a set! 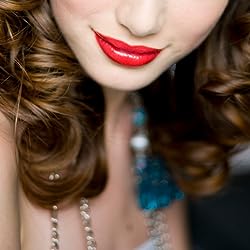