BFF Book Blog is thrilled to bring you the GORGEOUS cover for K.A. Linde’s next book in the All that Glitters Series – EMERALDS! This is Trihn’s book releasing on November 16th. You can pre-order below and there is also a chance to win an eARC copy of this book below! And don’t forget to check out a sneak peek too! Enjoy!!!! 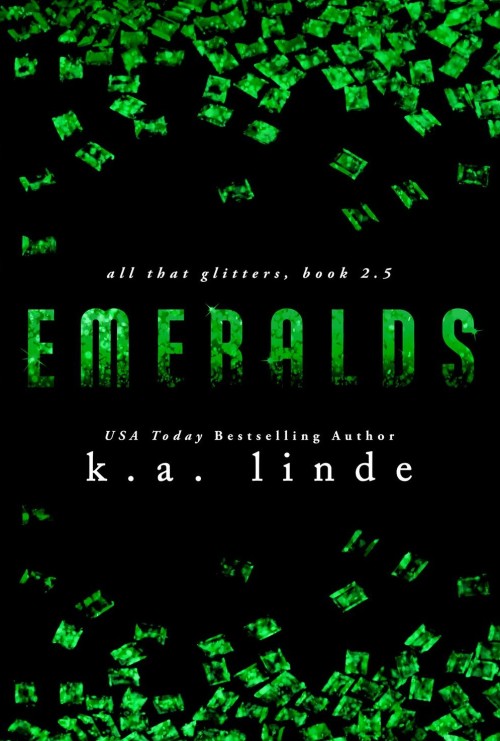 Walking away from him was easy.

The first time at least.

Then he shows up late one night at Trihn’s ballet company, and all bets are off. Trihn knows that she should be careful. But when it comes to Preston Whitehall, she throws all her carefully constructed reasons for not dating out the window.

He’s cunning, charming, and hot as sin. And he knows exactly how to use those qualities to get what he wants. Soon, Trihn is dragged deeper and deeper into his rapidly intensifying whirlwind.

But where a storm is brewing…destruction and devastation follow.

Find out how Trihn goes from prodigy to party girl in this sexy full-length prequel to Platinum in the USA Today bestselling author K.A. Linde’s All That Glitters series.

Trihn sighed and sank back into her seat just as the first ballerina floated on stage. As she reveled in the performance, Preston ran his hand up her arm and to her shoulder, sending shivers down her spine. She glanced over at him and he had this dirty smirk on his face. He wasn’t even watching the ballet. His eyes were solely trained on her.

She swallowed and stared back at the ballet in front of her, but her attention was torn. His fingers brushed her long tresses off her neck. The palm of his hand pushed flat against her skin and up into hair. He pulled it gently, and as her head dipped backward, her eyes closed of their own accord.

With his other hand, he laced their fingers together, bringing her hand to his lips. He tenderly kissed each knuckle before drawing her thumb gently between his teeth. She inhaled deeply.

He seemed to be enjoying himself as he kneaded the muscles in her neck. He leaned forward toward her and planted a soft kiss on the sensitive skin.

“Keep your eyes open. You don’t want to miss a second of this,” he breathed softly.

Dear God! He was teasing her. This was sweet blissful torture.

She could hardly concentrate. Keeping up with two things at once, when one was tempting her with everything she wanted, was harder than it seemed. She was glad that as the ballet drew to a close that she had seen it before or else she would have been entirely lost to what was happening much of the performance.

His touch was captivating, and she found she was a lost cause when it came to this man. She hadn’t just forgotten the ballet that was in front of her face; the world had disappeared all around her. In a sea of people, there was just him.

The curtain dropped unexpectedly, bright lights flooded the auditorium, and Trihn jolted upright. Preston sat up straight as if he hadn’t just been working her into a frenzy with the lightest touches imaginable. The smirk on his face was the only indication that anything was amiss.

As the curtain was raised and the dancers began to take their bows, Trihn rose on shaky legs to give the ballet that she couldn’t remember a standing ovation. Preston stood by her side, applauding. They clapped until everyone left the stage and people started filing out.

She exited into the aisle, and Preston grabbed her hand again.

“Hey, we’re not done,” he said. The words were suggestive and were accented by his hand squeezing around her waist.

“Come on. I think you’ll like this surprise better.”

“Because I like to finish the things that I start.” 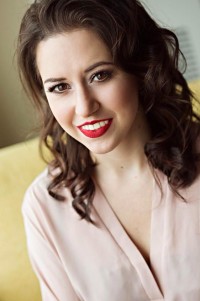 USA Today bestselling author K.A. Linde has written the Avoiding series and the Record series as well as the new adult novels Following Me and Take Me for Granted. She grew up as a military brat traveling the United States and Australia. While studying political science and philosophy at the University of Georgia, she founded the Georgia Dance Team, which she still coaches. Post-graduation, she served as the campus campaign director for the 2012 presidential campaign at the University of North Carolina at Chapel Hill. An avid traveler, reader, and bargain hunter, K.A. lives in Athens, Georgia, with her husband and two puppies, Riker and Lucy. 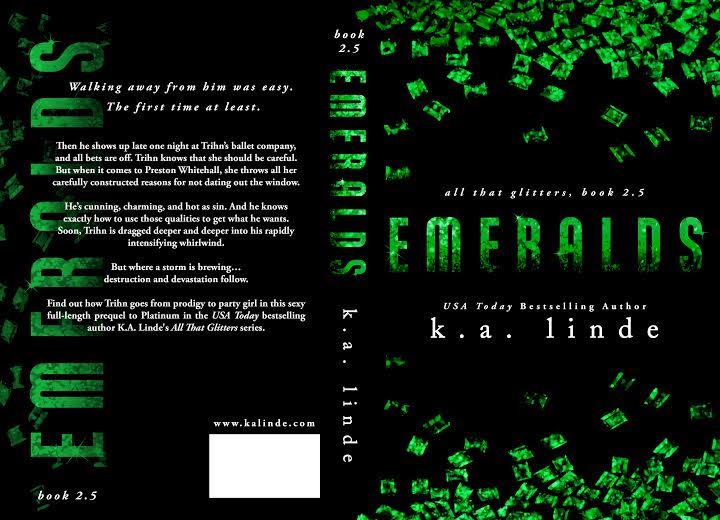