Marriage of Inconvenience, an all new romantic comedy standalone in the USA Today bestselling, Knitting in the City Series by Penny Reid, is LIVE!

There are three things you need to know about Kat Tanner (aka Kathleen Tyson. . . and yes, she is *that* Kathleen Tyson): 1) She’s determined to make good decisions, 2) She must get married ASAP, and 3) She knows how to knit.

Being a billionaire heiress isn’t all it’s cracked up to be. In fact, it sucks. Determined to live a quiet life, Kat Tanner changed her identity years ago and eschewed her family’s legacy. But now, Kat’s silver spoon past has finally caught up with her, and so have her youthful mistakes. To avoid imminent disaster, she must marry immediately; it is essential that the person she chooses have no romantic feelings for her whatsoever and be completely trustworthy.

Fortunately, she knows exactly who to ask. Dan O’Malley checks all the boxes: single, romantically indifferent to her, completely trustworthy. Sure, she might have a wee little crush on Dan the Security Man, but with clear rules, expectations, and a legally binding contract, Kat is certain she can make it through this debacle with her sanity-and heart-all in one piece.

Except, what happens when Dan O’Malley isn’t as indifferent-or as trustworthy-as she thought?

Penny Reid is the USA Today Bestselling Author of the Winston Brothers and Knitting in the City series. When she’s not immersed in penning smart romances, Penny works in the biotech industry as a researcher. She’s also a full time mom to three diminutive adults, wife, daughter, knitter, crocheter, sewer, general crafter, and thought ninja. 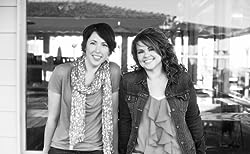