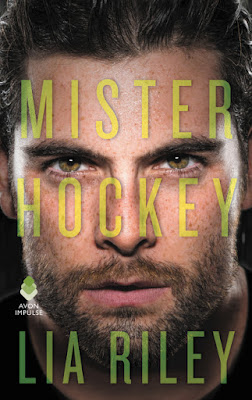 Her biggest fantasy is about to become a reality. . .

Jed West is Mr. Hockey. The captain of the NHL’s latest winning team, the Denver Hellions—and the hottest player on the ice—at least according to every magazine. .and Breezy Angel. Breezy has been drooling over Jed at games for years, and he plays a starring role in her most toe-curling fantasies. But dirty dreams don’t come true, right?

Then Jed saunters through the doors of her library, a last minute special guest for a summer reading event, and not only is he drop dead gorgeous up close, his personality is straight up swoon-worthy. He even comes to the rescue when she has an R-rated “Super Book Worm” costume malfunction. But when he mistakenly assumes she’s more into books than pucks, she’s too flustered to correct his mistake. And then comes a big kiss, followed by a teensy-tiny problem. Jed’s dating policy is simple: Never date a fan.

So what’s a fangirl going to have to do to convince her ultimate crush that he’s become less of a perfect fantasy, and more like the perfect man. . .for her?

I loved this book! Mister Hockey by Lia Riley is a fun and flirty, super sweet rom-com! It reads like a Hallmark movie and I loved every second of it. This is a really quick read. I skated through the pages and adored every silly and sassy minute!

Jed West, God’s gift to hockey, walks out of Breezy Angel’s dreams and right into her library. Soon, he’s in her house and in her bed. They are crashing family picnics and revealing all their secrets. The connection they share is powerful, fast, and quickly burning up the sheets.

I told a friend tonight that Mister Hockey is a perfect palate cleanser. If you need a quick, light-hearted enjoyable story to reset your reading mojo, give Mister Hockey a tryout. I thoroughly enjoyed it and I can’t wait for the release of Head Coach, the next book in this Hellions Angels Series!

No point blinking. He knew the drill. Jaw tight, he reached for his orange juice, took a swig and waited. Short bouts of double vision had dogged him ever since Game Seven, the pattern the same. After a minute or two, his focus would snap back to normal as if nothing had happened. Until then, he needed to follow one of coach’s favorite axioms: “Suck it up, Buttercup.”

Who cared about the damn menu anyway? He pushed it to one side, having already ordered the “Manwich”, chorizo and eggs smashed between a jalapeno cheddar biscuit–the kind of breakfast that wanted to kill you in the best kind of ways–and crunched ice. Too bad the cubes didn’t pass on their chill, because this. . .situation for lack of a better word, was getting under his skin and it shouldn’t.

Unexplained double vision wasn’t a walk in the park, but facts were facts. And the ugly truth was that if he didn’t quit batting his lashes like Scarlett O’Hara with a fly in her skirt, The Post’s toughest sports columnist would glance up from across the table, mistake his tic for a cheesedick wink, and go Lord of the Flies on his nut sack.

At least for the moment, Neve Angel was occupied. She hunched over her digital voice recorder, dark bangs obscuring her sharp gaze as she fiddled with the control settings. Her lips moved to the upbeat Buddy Holly song piping over the sound system while she plucked a mic from her messenger bag. His vision came back online in time for him to read the orange button pinned to the front.

Had a Ball at The Rock Creek Testicle Festival.

Christ, looked to be an authentic souvenir too.

Slamming his knees together, he forced a grin, the one that had potential endorsements lined up around the block, eager for him to shill everything from vitamin infused coconut water to shaving cream. He unwrapped the paper napkin from around the fork and knife, and began tearing the corner into neat strips.

No doubt the eye thing was fatigue-related, an inevitable toll from the grueling NHL season and subsequent hard-fought playoffs. Everything would be all right in the end. If it wasn’t all right, it wasn’t the end.

“You plan on telling me what’s up with Mount Napkin Shreds?” Neve leaned her elbows on the recycled wood tabletop, a signal they were shifting into interview mode. Her brows arched beneath her thick-cut bangs. “Nervous about being in the hot seat, princess?”

“Yeah, terrified,” he answered laconically, not missing a beat. Hiding his true feelings behind a mask of confidence was a reflex; it came with the territory of having the “C” stitched on the front of his jersey. A good captain never showed fear to an opponent. “A jackal’s bark is worse then it’s bite.”

“Jackal? Don’t tell me you’re using Gunnarisms now.” She rolled her eyes. “And I’d so wanted to enjoy my bagel without gagging.”

The Hellions Head Coach, Tor Gunnar, had a reputation for dismissing the press as “jackals.” He fostered a tense relationship with journalists, in particular, the tiny woman sitting opposite. Neve had run a piece on his divorce a few years ago. He retaliated by refusing to call on her during press conferences. Neve hit back with increasingly critical op-eds. Their mutual enmity had devolved to the stuff of local legend. 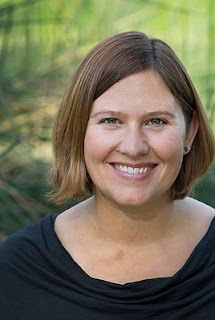 After studying at the University of Montana-Missoula, Lia Riley scoured the world armed only with a backpack, overconfidence and a terrible sense of direction. She counts shooting vodka with a Ukranian mechanic in Antarctica, sipping yerba mate with gauchos in Chile and swilling fourex with stationhands in Outback Australia among her accomplishments.