The BFF’s are so excited to bring you the Release Day Launch for the paperback edition of Heather Lyons’ BEYOND FATE! BEYOND FATE is a Fate Series novella and is written in Jonah’s point of view. It is his side of the story from A MATTER OF FATE. Grab your copy of this amazing novella today!

And that’s not all, BEYOND FATE has gotten a cover makeover! This amazing new cover was created by Carly Stevens. I will be buying this very soon to complete my entire Heather Lyons collection!

There are always two sides to every story . . .

His whole life, Jonah Whitecomb has strove to meet everyone’s expectations of him: the perfect student, dutiful son, loyal twin, accomplished surfer, and powerful Magical. But behind his carefully composed façade hides the truth of how his family has fallen apart, leaving Jonah more often than not feeling adrift. To complicate matters, he fell in love long ago with a girl in his dreams, one he’s never told anyone about, including his twin brother.

Just when life seems its bleakest, Jonah discovers that Chloe is real. Wanting to finally reach out and grab happiness for himself, he embarks on a journey to track down the girl of his dreams, only to find that happy endings aren’t always guaranteed, the best laid out plans can go horribly awry, and sometimes, you have to simply let yourself go along for the ride.

* Beyond Fate is Jonah’s point-of-view of the events of A Matter of Fate, and is a companion novella for the YA/NA crossover urban fantasy/romance Fate series.

When I read the following excerpt while preparing this post yesterday, I was verklempt! I had forgotten how much I adore this series! Everything Heather writes is brilliant, but this series is what introduced me to her genius and still makes me have all the feels! If you haven’t read The Fate Series, please add it to the top of your TBR!

Read BFF K’s Review of the finale of the Fate Series, A Matter of Forever

I remember Joey telling me once that, of all the big waves he’s ever ridden in his life, the one that got his blood pumping most was Mavericks. “It’s sick,” he said as we waxed our boards at one of his favorite breaks near his house in Australia. “Cold as all hell. Gotta be careful of the Boneyard nearby. There’s a reason they call it that, you know. The reef below loves nothing more than to welcome you to stay forever. But,” his easy grin slid out, “when conditions are right, and you can take off in the hollow and traverse the long wall before finishing in white water, your life flashes before your eyes. You’re flying through hell like a slingshot, only to come out in paradise.”

Obviously, it made me want to surf Mavericks so bad I could taste it.

When Kel and I first got to California, we’d wanted to come here together. Ride these waves in Joey’s honor. But that never happened.

He’s with Chloe right now, after yet another attack during which she walled both him and me inside a building and took off toward San Francisco in an effort to lead what we now know as Elders away. I know why she did it. I felt it the moment her resolutions within hardened—she believed she was protecting the people she loved. In a weird way, I was incredibly proud of her for it, even as I tore my hair out, trying to get the hell out of the tomb she sealed us in so I could get out there and protect her myself. Karl and I searched for her for hours . . .

And then she decided to gut me once more by calling my brother to go and get her.

So here I am, in the back of a boat, tugging the hood of my wetsuit over my head in the pursuit of some kind of nirvana high amidst the hell I’ve found myself in lately. Raul Mesaverde’s questioning my sanity for wanting to go out into the monster waves we’re heading toward, but I do my best to ignore my temporarily assigned Guard. We’re accompanied by one of Joey’s Wave colleagues, who’s come along upon Astrid’s insistence. I tried to assure her I knew what I was doing, but considering she pretty much had an anxiety attack after researching Mavericks and learning people have died here, I figured this was the lesser of two evils.

“You’re loco,” Raul yells at me over the boat’s engine.

I laugh. This? Coming from a Cyclone? Especially one who agreed to chauffeur Chloe on her crazy attempt to lure the Elders away?

The Wave we’re with turns away from the wheel and smiles. He’s crazy, too—because he’s got that same look in his eyes that Joey always had. Like the ocean is his temple. “Nah, bra,” he tells Raul. “Maverick’s all about enlightenment.”

Raul white knuckles the side of the boat. I completely tune him out and let myself slide into that place Joey taught me about so long ago.

“When you let yourself go,” he’d told me as we’d sat out beyond the breaks, “when you put yourself out there and really just let yourself go, knowing any second you could be swallowed whole by the ocean, you’ll realize that all of that shit you worry so much about—girls, school, parents, grades, work, responsibilities—they’re meaningless. Because it’s just you and the waves. They don’t give a rat’s ass what kind of day you’re having. They don’t care if you’ve just bagged the hottest girl in the worlds or if your dad thinks you’ve failed him. They’re gonna rise up and fall no matter what. Let yourself go along that ride, J. There’s worry enough for later.”

This is what I’m thinking as I’m waiting for my set to come.

When it does, I paddle hard. Anticipation and fear is just as strong on my tongue as the salt water surrounding me. I let my worries go.
This one’s for you, Joey.

I gladly fling myself into oblivion.

And don’t miss the first books in the Fate Series!

A MATTER OF HEART (Fate Series #2)

A MATTER OF TRUTH (Fate Series #3)

A MATTER OF FOREVER (Fate Series #4) 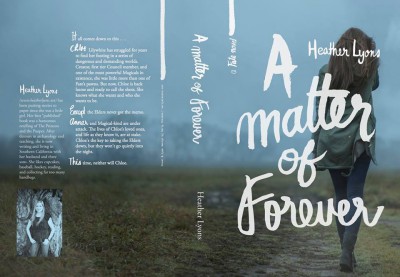 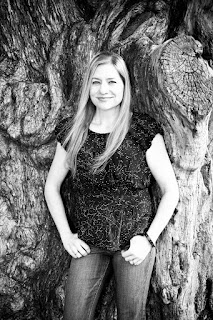