Famous last words, right? You’re expecting some epic tale of reluctant love and my dramatic change of heart? Well, you’re not going to get it.

I’m stubborn. And headstrong. And I’ve just survived the worst three years of my life. After escaping an abusive boyfriend to live in hostels and cheap hotels while I worked my way across Europe, I’ve come to two conclusions.

The first? Now that I’m back home, I’m going to squander my expensive culinary degree on a food truck that caters to the late night drunk crowd.

The second? I’m going to prove to the bastard across the plaza that my street food is better than his fussy five course monstrosities.

Killian Quinn might be Food and Wine’s Chef to Watch Out For. He might have a Michelin Star. He might have every food critic in the city wrapped around his too-large fingers. But he’s also pretentious and unbearably arrogant and the very opposite of me.

So he can keep his unsolicited advice and his late night visits and his cocky smiles. I want none of it. Or him.

I want the opposite.

We haven’t had a chance to read this yet, but the early reviews are fantastic, check it out!

Excerpt from The Opposite of You

He dropped his head in relief, his forehead brushing my cheek. “Thank you.”

“I hope your ego recovers,” I joked in an attempt to untangle us from this spot—figuratively and literally. He was still draped over me, making all my neglected girly parts wake up and pay attention.

He chuckled, his chest vibrating against mine with the sound. “My ego is never safe around you, Delane.” Lifting his head, he caught my gaze and held it. His hands brushed over the counter and over my hips. For a second I was afraid he was going to start tickling me again, but then his fingertips dipped beneath my white t-shirt and his hands wrapped around my waist instead. “Thank you for removing the review.”

“You already said that,” I whispered, nervous and excited and confused all at once.

“I mean it though.” The corners of his mouth lifted in a sincere smile. “I just wanted you to know.”

All I could do was blink. I knew he was going to kiss me. I just knew it. 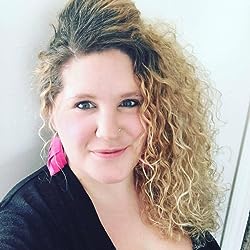