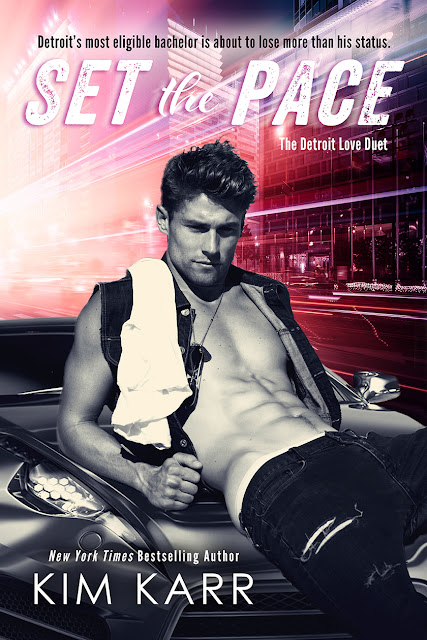 Title: Set the Pace
Series: The Detroit Love Duet #1
Author: Kim Karr
Genre: Contemporary Romance
Release Date: February 21, 2016
Every city needs a hero, but Detroit’s white knight just might be a villain.
A rough childhood branded Jasper Storm trouble. A bad boy. Not worth a damn. His love of cars was the only thing that could battle his delinquency. With the need for speed in his blood, he overcame his wayward ways. Mostly. Now the broken city of Detroit hails him their shining star. And the man behind a new cutting-edge automobile is ready to turn this bankrupt town around.
Charlotte Lane was the tomboy who lived next door. She was his best friend. He was her protector. Then tragedy struck and she disappeared, forever—or so he thought.
Everything Jasper does in life is fast. He talks fast, f*cks fast, and drives fast. But when one reckless turn brings him face-to-face with the childhood he has tried very hard to forget, he finds himself on the edge of wondering if he shouldn’t slow down.
Time hasn’t erased who they are though. Jasper has many reasons to hate Charlotte and keep his distance, which is easier said than done. Soon she’s infiltrating his every thought and he can’t stay away. Back in town with an agenda of her own, she should push him aside. Make him turn around. Walk away herself. Yet she can’t.
With the past lurking between them, they proceed with caution. That is until one sex-filled night leads to murder, and things are forced to change. Now that Detroit’s biggest ally has suddenly become suspect number one, will Charlotte—the girl Jasper once kept safe—be the one to save him? 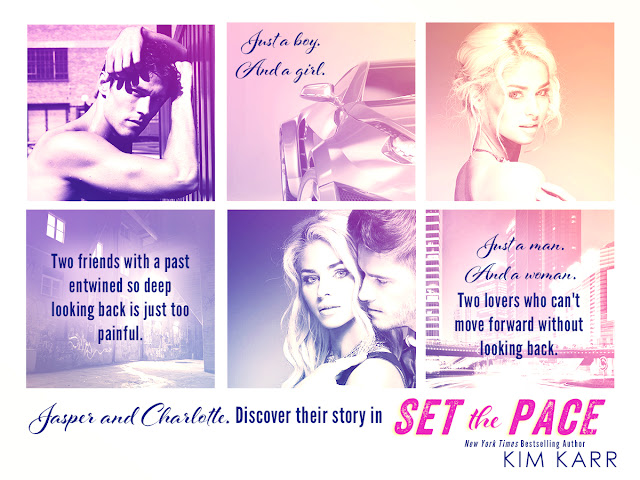 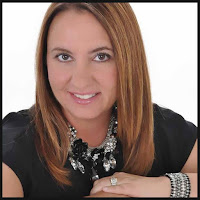 Reader * Writer * Coffeelover * Romantic
Kim Karr is a New York Times and USA Today bestselling author. She is a daydreamer. So much so that if daydreaming could be a hobby it would be her favorite. It’s how her stories are born and how they take root. An imagination that runs wild is something to be thankful for, and she is very thankful. 🙂
She grew up in New York and now lives in Florida with her husband and four kids. She’s always had a love for reading books and writing. Being an English major in college, she wanted to teach at the college level but that was not to be. She went on to receive an MBA and became a project manager until quitting to raise her family. Kim currently works part-time with her husband and with the rest of her time embraces one of her biggest passions–writing.
Kim wears a lot of hats! Writer, book-lover, wife, soccer-mom, taxi driver, and the all around go-to person of her family. However, she always finds time to read.
She likes to believe in soulmates, kindred spirits, true friends, and Happily-Ever-Afters. She loves to drink champagne, listen to music, and hopes to always stay young at heart.