We fell in love during the campaign.

The stakes were high.

Reputations could have been ruined.

Now the man I love is the President of the United States of America.

And its not my vote he is after.

He wants it all.

My heart. My body. My soul.

He wants me by his side.

In the White House.

Normalcy will be gone from my life, privacy forgotten.

I am only twenty three. I just wanted to play a part in history. But it seems like history wasn’t done with me. The part where I lost my heart to Matthew Hamilton? It was only the beginning…

His hair is combed back and oh, how I love every chiseled inch of his face. He’s the first to move, prying his hands from his pockets, eyes flaring, inhaling visibly—his inhale stretching the fabric of that black tux.

Disbelief and a punch of longing to have all of this man, his love and his name and his babies, hits me as he approaches. I’m gazing at him walk to me down the hall of the White House residence, both of us ready to attend a social dinner. My first public event with him.

I need a moment, or a thousand moments, to adjust to this new role.

Matt continues advancing—with every step his eyes drinking me in, his lips curling in a seductive, appreciative smile.

“You ready?” He stretches out his hand.

I nod and look at that hand—the hand I’ve held so many times, and that held me. I slide my fingers down the length of his, and he grips them and leads me down the staircase with him.

Katy Evans is a New York Times, USA Today, and Wall Street Journal bestselling author. Her debut REAL shot to the top of the bestselling lists in 2013 and since then 9 of her titles have been New York Times bestsellers. Her books have been translated into nearly a dozen languages across the world.

Connect with the Author:

He’s won the hearts of millions. But is he willing to lose his?

I met the president’s son when we were both young. Matthew Hamilton was handsome, polished, and intelligent. I’d never met a guy like him.

He promised me that he’d never run for president. I promised that if he did, I’d be by his side.

Three terms later, an invitation to join Matthew Hamilton’s campaign is the most exhilarating opportunity I’ve ever experienced. I’m determined to make a difference; he is determined to win.

Focused on his goal, Matt is steadfast, ruthless, and disarming. All eyes are on him and his popularity is surging. But soon, the next possible president of the United States is possessing me in more ways than one—and despite the risks, I’m helpless to resist.

We’re stealing touches, stealing moments, and stealing away at night. But our chemical connection is quickly becoming dangerously combustive, putting not only my heart, but Matt’s chance at the presidency on the line.

Winning will take everything. Walking away will be the hardest thing of all.

Katy Evans is a New York Times, USA Today, and Wall Street Journal bestselling author. Her debut REAL shot to the top of the bestselling lists in 2013 and since then 9 of her titles have been New York Times bestsellers. Her books have been translated into nearly a dozen languages across the world. 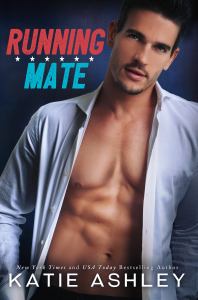 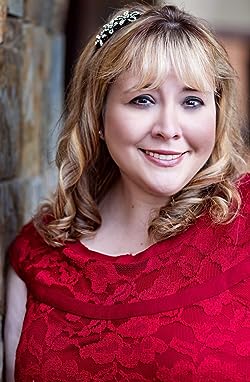