Levi Cole is my opposite. Born on the right side of the tracks with family money to spare, he’s the kind of black sheep that can afford to be rebellious—because his family will always pay for his mistakes. He’s also the only living heir to Cole Family Farms, after his brother Logan was killed in duty seven years ago.

Rolling my eyes, I waved him off. Honestly that was a tamer word than usual. And Max was unfortunately used to grownups saying words he wasn’t supposed to hear by now. “I’ll tell you later, okay? Why don’t you go find a great big stick and let Mommy talk to the scary man.”

“Ha! Looks can be deceiving,” I mumbled to no one in particular. “Go on, babe. Find a stick.” He looked up at me like I’d grown a second head.

“Then… then whack that cornstalk with it.”

“Because it needs to be whacked.”

“Why?” Levi walked closer. “Just pretend it’s Darth Vader and you’re on a mission to save the galaxy.”

“He’s six,” I reminded him patiently.

“Exactly the right age to know about the glory that is Star Wars. You’re depriving him of a fantastic childhood.”

“Are you seriously giving me parenting advice right now?”

He leaned forward. “Are you seriously considering passing it up? It’s good advice.”

A frustrated growl rumbled in the back of my throat. Max, getting bored with our back and forth, wandered off to whack the cornstalk. Levi and I watched him in silence for a minute. Eventually, curiosity got the better of me. “What are you doing here, Levi? Why are you in my neck of the woods?”

He shrugged, and that damnable smile was back. “I feel bad about the other day… about the gas station.”

I couldn’t let him get away with his behavior then nor now. Or the questions he was hell bent on asking. Or the sheepish, repentant smile he was wielding like a weapon. “You have no right to stick your nose in my business, Cole.”

It wasn’t exactly a promise to leave me alone, but Levi didn’t usually give me what I wanted. This was probably the best I could ask for, and yet, I couldn’t let him get away that easily. I lifted a hand, half hidden in the sleeve of my shirt, and pointed a finger at him. “You can mess with me, Levi, but you better not hurt my son. Got it?”

He took a step forward, closing some of the space between us. “Just to be clear though, you’re saying I can mess with you, right?” 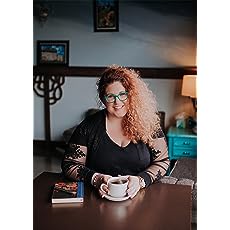