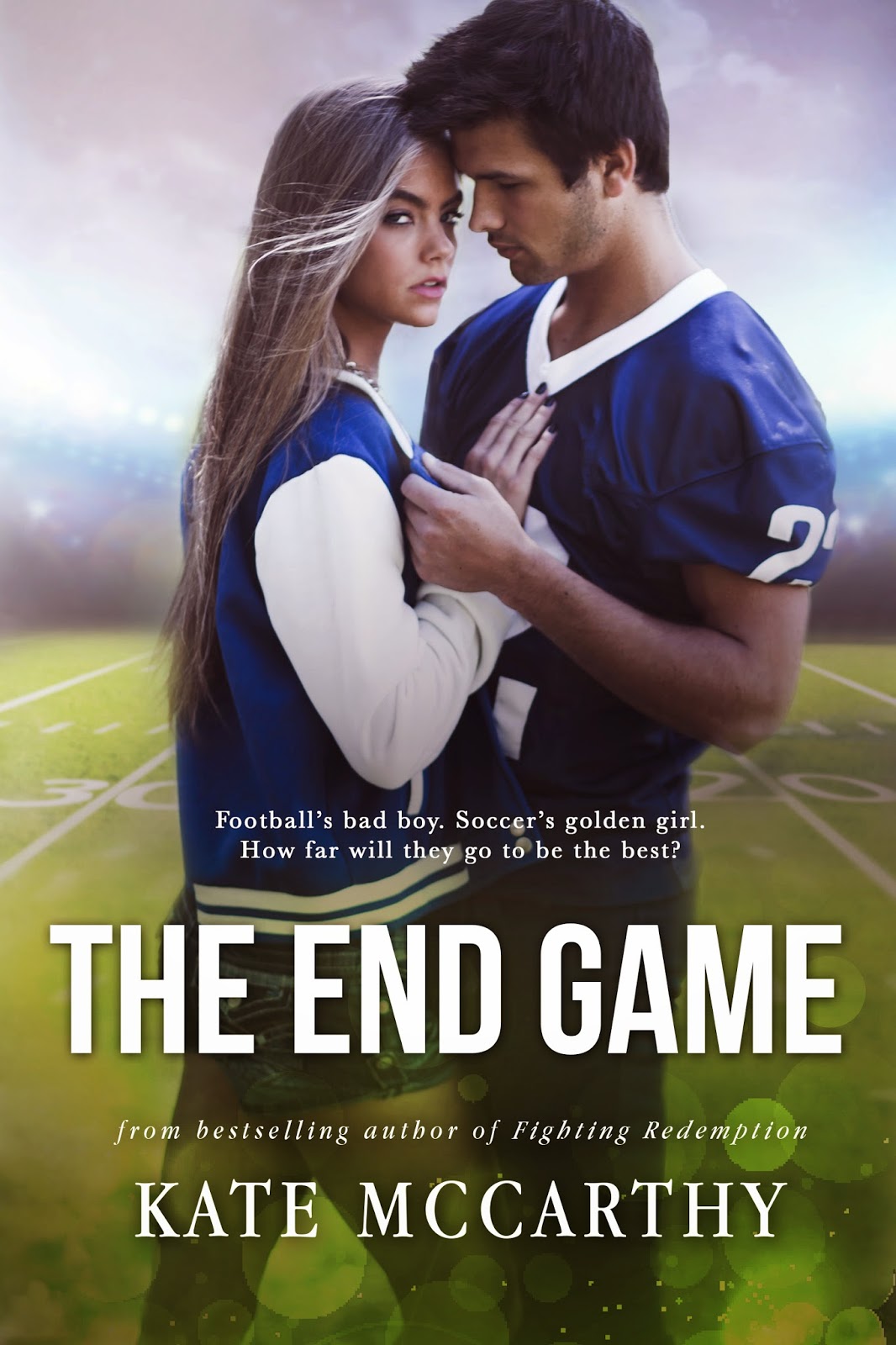 “Professional athletes are pillars of their respective communities. They are heroes in the eyes of boys and girls and are expected to conduct themselves in a manner that positively represents their community.”

The public loves a good scandal. Seeing someone fall from the pinnacle of success makes a great headline. No one knows that better than I do. What started out as a promising career in college football, spiraled into scandal and shame.

But being a hero is easier said then done. Especially when there are those who expected to see the great Brody Madden fail. I craved nothing except being the best—willing to do anything to prove them wrong. But I went too far, and I tried too hard, and it broke me.

“At the time of going to print,
Jordan Elliott was unavailable for comment.”

I met Brody Madden in my senior year of college. An Australian native on an international scholarship, I was the female soccer sensation with stars in her eyes and no room for a hotshot wide receiver with a chip on his shoulder.

But a heart bursting with ambition and a driving fire to succeed isn’t made of stone. I became his strength, his obsession, and the greatest love of his life. Only I wasn’t there when he needed me most.

This is a story about love and a game that takes everything. Where the path to glory is paved with sacrifice. Where pressure makes you, or breaks you, and triumph is born in the ashes of failure. Where two people’s end game will change everything. 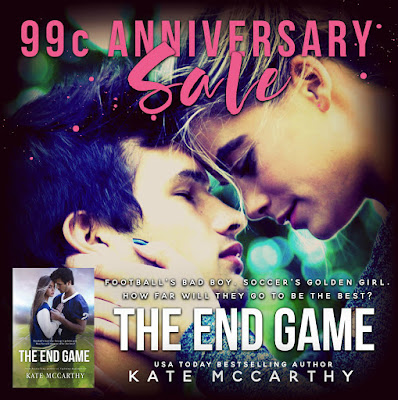 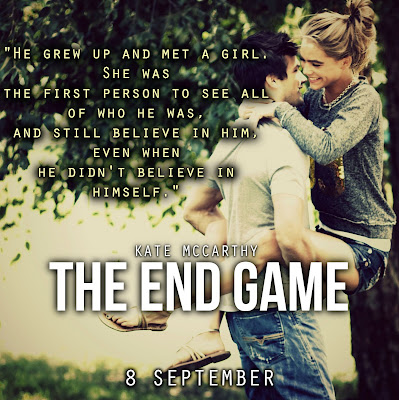 Shutting the door, I walk up the slight incline behind Brody. He sits down at the top of the crest and pats the grassy spot beside him.

“You didn’t mention this part when you explained our date.”

The grass is a thick blanket on the ground and when I stretch out flat, the rich, earthy scent of soil sweeps over me. My eyes lift to the sky and that’s when I get it. It’s perfectly clear and millions of stars are scattered diamonds twinkling above us—bright and magical.

“Besides,” Brody adds as he lies down beside me and sweeps out his arm, encompassing all of it. “How do you explain that?”

“Is this what the stars are like for you back home?”

“No. Back home it’s different.”

Homesickness swamps me. As beautiful as Texas is, it’s not Australia. Somehow the stars are always brighter where you belong. “Because there’s no place like home.”

I turn my head and stare at Brody. He’s not looking at me. His head is tilted toward the sky, eyes riveted on the beauty above him. My gaze follows the line of his profile. From the curl of his hair to the perfect line of his nose, down to the mouth I want kissing me right this very instant.

“Home’s not a place where you live. It’s a feeling.” His hand nudges my own. An invitation. I twine my fingers with his and he squeezes them lightly. “Whether it’s where you are, like the football field, or who you’re with.” Brody turns his head, looking at me when he says that. It’s comforting because it unites us somehow, like it’s slowly becoming us against the world. “You can be anywhere, Jordan. Home will follow you if you follow your heart.”

My breath hitches from the beautiful simplicity of his words. Before I can talk myself out of it, I roll over and straddle him. My knees hug his hips, and he stares up at me from my seated position. My pulse pounds a heavy beat in the silence. Thump, thump, thump. It’s so loud in my ears I’m sure he can hear it.

“Show me,” I breathe. A gleam lights his dark eyes, and he sucks his lower lip inside his mouth. He knows what I’m asking, but I spell it out anyway. “Show me one of those wicked things.”

In a move that steals the air from my lungs, he takes both my hands and pulls me down against the broad width of his chest. I’m rolled over and underneath him before I can blink. The squirm in my hips is instinctive, the ache between my thighs relentless.

“Careful what you ask for,” Brody says roughly, every exquisite inch of his body pressing down on mine.

His lips curve. “Because when I give it to you, it won’t be enough.”

My fingers trail down the side of his face, grazing the firm jaw, cupping his cheek in my palm. Foreboding swamps me. I’m falling hard into uncharted territory, and all I see is a broken mess at the end. How is this going to end well for either of us?

He brings his face to mine, so close I see the brilliant gold in his eyes, like flecks of light in the dark. “And you, Jordan Elliott, will be the woman who brings me to my knees,” he whispers against my lips.

Brody’s lashes lower and he presses a kiss to the corner of my mouth. I tilt my chin upwards, inviting more. Rather than take my lips like I ache for him to do, he shifts sideways and begins nipping at my jaw. His breath is a rasp when he reaches my earlobe, taking it between his teeth. A sharp pinch from his bite forces a whimper from my throat.

“More?” he asks, drawing back to look at me.

“Is that even a real question?”

Brody chuckles as I slide my hand up and around his nape, dragging his mouth down to mine. He groans and kisses me gently, once, and then twice.

“Brody,” I whisper, and he kisses me again, forcing my mouth open hard like he can’t hold himself in check anymore. My hair is loose and he fists chunks of it in both hands while his tongue rubs against mine, hot and aggressive. It’s almost too much, and when I jerk away I’m left gasping.

Brody doesn’t pause. He ducks his head to my neck, his tongue tasting its way down. He finds my pulse point and sucks. It’s fierce and my back arches involuntarily. His mouth shifts further down, moving on before he leaves a mark.

Sitting up, he takes the neckline of my dress in both hands. Five dainty buttons hold it together. A single wrench will rip the flimsy fabric in two. He pauses and looks at me, inhaling raggedly. “Jordan … I don’t want to ruin it.”

My brow furrows. I glance to the hands poised on my dress. They’re tense, veins straining under his skin. My head is lost in a fog when my gaze returns to his face. “Ruin my dress?”

Brody groans, a deep sound of regret and frustration. “Us.”

He draws his hands away from the neckline of my dress. “No.”

“How would you do that?”

“I don’t know. I just get this feeling I’m going to.” He shifts away, moving off me and rolling to his back. I turn my head. Brody’s gaze is back on the stars. I watch his throat work as he swallows, the pulse in his neck pounding visibly. “All I’ve ever wanted is to be the best. Whatever it takes. I’ll do anything. That’s how I’ll ruin us, Jordan. How can something so sweet survive a sentiment so dark?”

I roll to my side, holding my head in my hand. Cupping his face with the other, I nudge gently until he’s looking at me. “I won’t let you.”

Brody’s voice is urgent, his eyes fierce. “Promise me.”

I can’t shake the apprehension. It’s set in my bones and when I speak it feels like a lie. “I promise.” 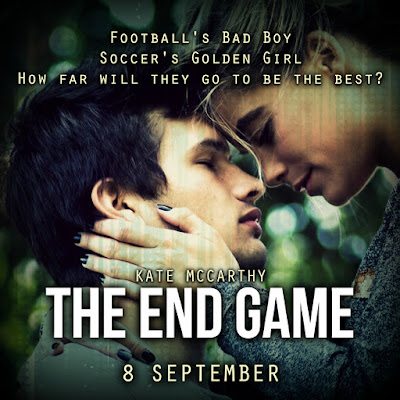 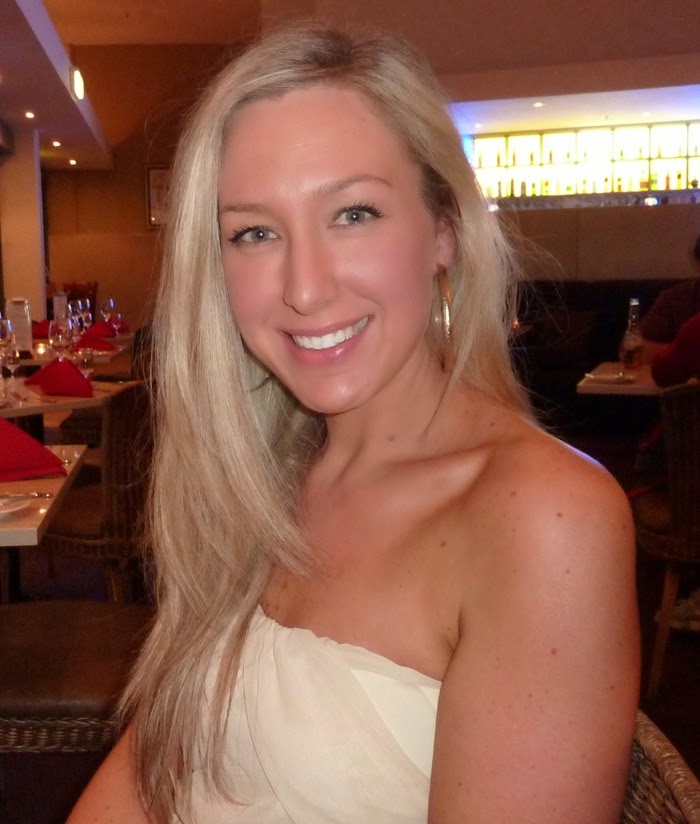 Kate McCarthy is an Australian, living in the pretty sunshine state of Queensland with her two kids and two dogs, Rufus and Pete.

She loves to bake sweet stuff and eat it too. With an exciting degree in business, she works as an accountant by day, and an author by night. In between family life, she is most often found in bed reading, or at the beach, still reading. 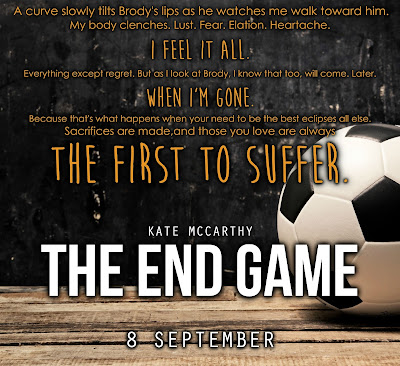