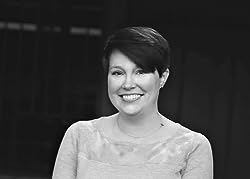 Every decade, the world’s monarchs and their heirs secretly convene to discuss global politics and social issues—and arrange marriages between kingdoms.

Elsa may be the Hereditary Princess of Vattenguldia, but she finds the entire situation archaic and unsavory. While she wants what’s best for her country, she isn’t about to jump into an unwanted relationship—let alone a marriage—with a virtual stranger. Of course, her feelings matter little to her parents, whose wheeling and dealings over trade pacts and alliances achieved at her expense begin the moment they set foot in California for the Summit. So when a blindingly handsome royal runs into her, she doesn’t hesitate to tell him there’s no way she’s marrying him.

Christian is all too happy to agree: no marriage. As the Hereditary Grand Duke of Aiboland, his main goal is to get through the summit without a bride being foisted on him. Which is why he suggests they help each other field potential intendeds. As Christian slowly gets to know Elsa, though, he realizes they have a lot more in common than just their feelings about the Royal Marriage Market. Only he can’t fall for her, because royal or not, they’re not meant for each other.

Elsa and Christian will have to evaluate matters of the heart verses those of state and crown, and decide whether or not tradition trumps love.

Add to your Goodreads

“It’s an acceptable nickname for Christian.” The owner of the name snatches his glass of champagne back, chugging the rest of the drink. Naturally, this promptly sets off another round of coughing.

Parker is now the one to smack Christian’s back, and I am grateful because I most certainly do not need to be touching him again, even if in a life-saving gesture.

“Maybe so,” I murmur as Christian, rapidly turning redder from what surely must be embarrassment more than alcohol down the wrong pipe, shoves his friend’s hand away. “But it doesn’t fit.”

“If I might be so bold to ask, Your Highness, how so?” Parker inquires at the same time Christian wheezes, “What does that mean?”

I side skirt the men to claim a chocolate covered strawberry from the dessert table. “Chris is a boring name.”

“I believe you’ve just issued an unforgiveable insult to all the Chrises in the world,” Christian says flatly while Parker struggles to hold in his mirth.

“Of course I haven’t. I simply said Chris is a boring name. Look at Elsa; it is a hopelessly old-fashioned name you find in old women who bake streusel. My parents aged me the moment I came out of the womb.” I point the zebra-striped berry at my sparring partner. “Now that is unforgiveable. You were given a nice name and have elected to make it boring when it doesn’t suit you one bit.”

Too much silence expands between us; I am tricked into looking up at him once more. One of his dark eyebrows arches upward. “Are you saying you don’t find me boring?”

Did I? Oh, bollocks. I did, didn’t I? I clear my throat and smile winsomely. “Just because I don’t wish to marry you doesn’t mean I find you boring as a bag of rocks.”

Both of his eyebrows shoot up, as if I informed him grass is blue and sky is green. As if he doesn’t already know he’s interesting. Please. Must I remind him of all the glossies dedicated to his comings and goings?

“When we were children, His Highness was teased quite a bit about his name,” Parker tells me.

I toss the strawberry stem back onto the table; it’s whisked up by a passing waiter in less than a second. “What! Why?”

“I’m named after a religion,” Christian grinds out. “There was Prince Jew. Prince Muslim. Prince Buddhist. Prince Hindu. Prince Zoroastrian. There were lots of choices, you see.”

Another moment I want nothing more than to just laugh and laugh. “How delightful. Now, those nicknames aren’t boring. Sacrilegious, yes, but definitely not boring.”

“You have a seed in your front teeth,” is Christian’s response.

“You are a veritable Prince Charming, publically pointing out women’s flaws. How chivalrous of you.”

It is annoying how much I like that he refuses to appear properly chastised.

Fans of Nichole Chase’s Royal Series, get ready to cheer!

The American Royalty Series is coming!!!

Eeek – BFF K. is so excited about this! She loves the Suddenly Royal Series and was hoping that there would be more books in that series. But, check this out, it sounds even better!

HarperCollins will be publishing Nichole’s new series: The American Royalty Series in Winter 2016, and you are NOT going to want to miss what Nichole has up her sleeve!

Things to Expect from The American Royalty Series:

A Message from Nichole:

I’m very excited to be working with HarperCollins to bring the American Royalty series to life. I’m very interested in the life of politics–there is so much that goes on behind the scenes that most people never hear about and it intertwines with our daily government and in some ways, affecting everyone. As I was thinking about that fact, Jake and Maddie’s story began to take form and I found myself enthralled by the challenges they would face and just what their happy-ever-after would entail, if there could *be* a happy-ever-after.

About Book 1 (Title To Be Announced) in The American Royalty Series:

Color me jaded, but coming home just isn’t the same when you have to go through security before you can see your dad. Don’t get me wrong, everyone had to go through security to see my dad. Even Kings, Queens, celebrities, my step-mother and half-brother we’re given the metal detector treatment. It wasn’t like I was a hooligan being singled out. It’s just part of life when your father is president. Go figure.

Maddie’s father is in his second term as president and she could care less. Being a politician’s child has made her world weary and leery of being manipulated. When she comes home from college for her summer break, she thinks it’s the last time she’ll be in the white house. Her father’s term is almost over and she’ll finally be able to live the life she wanted. What she doesn’t count on is facing her nemesis, Jake Simmon, back from the war. As the son of the Vice President, she had constantly been paired with him for events and during campaign tours. The tabloids loved to speculate about a possible relationship, but that couldn’t be farther from the truth. Jake was the perfect politician’s son. He always did as he was asked, always smiled, and to her absolute horror always looked dreamy.

In other words, he was her exact opposite.

Jake was finally home, but he couldn’t wait to escape. Instead of searching for peace and quiet after losing his leg in Afghanistan, he was sitting in on campaign meetings and giving interviews. He had never felt so helpless in his life, not even after waking strapped to a table in a blistering hot med tent. His mother was intent on using his brand new disability as a campaign tool. Show off her wounded son so people would find her relatable. The only positive thing he had to focus on was the fact that he would get to see Maddie again, which was pathetic when you considered that they hated each other. She’d always gotten under his skin, throwing caution to the wind and doing what she’d wanted while he had walked the line. In a world where everyone looked at him with sympathy, he knew she wouldn’t hold back. And though he was loathe to admit it, one of his favorite past times was verbally sparring with the spunky brunette. What he isn’t counting on is how much they have both changed over the last two years.

Click on the links below for BFF K’s Reviews of the Suddenly Royal Series:

Nichole Chase is the New York Times and USA Today bestselling author of Suddenly Royal, Flukes, The Dark Betrayal Trilogy, and several short stories. She is also the instructor of Say What? a dialogue class at the Romance Academy.

Nichole lives in Georgia with her husband, energetic daughter, superhero dog, Sulcata tortoise, and two cats. When not writing, you may find her reading, painting, crafting, or chasing her daughter around the house while making monster noises.