Skylar Nixon is a twenty-seven year old failed actress with no Plan B. After a humiliating stint on a reality TV show crushes what’s left of her childhood dream, she finds herself back in her hometown with no money saved, no college degree, and no confidence she’s anything but a joke—a small town starlet who couldn’t hack it in the big city.
When she runs into former classmate Sebastian Pryce, she can’t believe the hot body and chiseled jaw belong to the shy, troubled loner she knew ten years before. He’s not exactly friendly at first, and she’s heard the rumors about his tragic past, but something in his sad eyes intrigues her. She only wants to get to know him better.
Until the night she wants more—and takes it. (Hard and deep. Twice.)
Are they just two lonely people seeking solace? Or can a disgraced beauty queen and flawed, frustrated man find some sort of happy ever after?
**SOME SORT OF HAPPY is a full-length, dual POV novel, complete with a happy ending.** 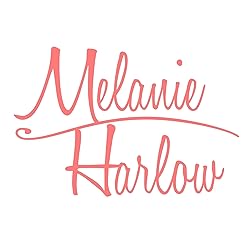 Melanie Harlow likes her martinis dry, her lipstick red, and her history with the naughty bits left in. When she’s not reading good books, she gets her kicks from TV series like Game of Thrones, Boardwalk Empire, Masters of Sex, Deadwood, Mad Men, and Downtown Abbey (although she wishes it were more HBO and less PBS). Melanie is the author of the FRENCHED contemporary romance series (FRENCHED, YANKED, FORKED) and the sexy historical series SPEAK EASY (SPEAK EASY, SPEAK LOW), set in the 1920s. She lifts her glass to romance readers and writers from her home near Detroit, MI, where she lives with her husband and two daughters.